/  Electric Bicycles For All!

Electric Bicycles For All! 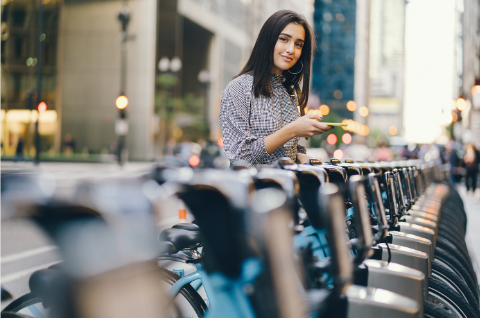 From Colorado to Canberra, e-bike libraries are on the rise and helping break down traditional barriers to riding.

Before I’d ever ridden an electric bicycle, I judged them harshly. As a longtime commuter bicyclist, I classified e-bikes as something that wasn’t for me. If there’s a battery involved, does it even qualify as biking? That all changed the moment I rode one.

My introduction to e-bikes was a Boulder, Colorado, Bcycle bike share model and I was instantly hooked. Although it still required me to bike, suddenly hills were easier, I could easily offload my heavy laptop bag, and I wasn’t breaking a sweat. A month later, I bought a $1,500 e-bike of my own. There’s no bike share station at my home in South Boulder nor at my office in East Boulder, and my new vehicle made the 12-mile roundtrip easy, even with 40-lbs of groceries. The e-bike has completely replaced my in-town car use, lowering my carbon footprint and boosting my cardio.

My experience underlies how e-bikes are at once transformative, for individuals and the environment, but also a marker of privilege. I had $1,500 in savings that I could spend on something I didn’t need. And if I had wanted to spread out the payments, I have easy access to good credit. For many low-income individuals—those who are less likely to own a car or live close to their places of employment and other essential services—such an extravagant purchase would be out of the question yet all the more vital.

Equitable bike share is one solution and the reason BBSP exists. We help promote expansion into historically marginalized neighborhoods through community engagement and we’re advocates of low-income pass options. Despite seven years of effort, however, many bike share systems continue to be built for a certain type of nine to five, white-collar commuter, concentrated in downtown city centers and not well integrated with transit. Even for those who do have access to bike share, it may not include electric bikes, which allow people of all ages and abilities to travel farther distances with heavier loads.

In this context, the growth of e-bike libraries makes sense. Some, such as those run by the Vermont-based nonprofit Local Motion, are indiscriminate in who they cater to. Local Motion lends e-bikes out of its Burlington headquarters and on a roving basis through six other communities in the state, exposing more people to the technology and encouraging personal adoption. Borrowers are able to take home cargo e-bikes and other commuter options for a week at a time to see how it suits their daily needs. Similarly, the Canberra Electric Bike Library in Canberra, Australia—run by the nonprofit SEE-Change and supported by the government—allows residents to try a variety of e-bikes for up to two weeks free of charge.

Many other e-bike schemes specifically cater to low-income populations or essential workers. Two 2021 BBSP grantees, People For Mobility Justice and Reddy Bikeshare, have set up e-bike libraries of their own. The former is a long-term project based in California’s San Fernando Valley that will make 100 pedal-assist e-bikes available to low-income individuals that don’t have easy access to other vehicles. The latter is based in Upstate New York and repurposed donated Uber JUMP bikes into two libraries run by the nonprofits Create a Healthier Niagara Collaborative and the East Side Bike Club. Each library offers around 50 e-bikes free of charge to locals, who need only sign-up online and complete a 20-30 minute orientation. The hope is that by partnering with community organizations and individuals in areas where unemployment rates are high, income levels are low, and health outcomes are bleak, the free e-bikes might be a force for good.

A completely different model is being piloted by Colorado agencies at the city and state levels. Launched in fall 2020, the Can Do Colorado eBike Pilot Program used funds from the Colorado Energy Office to supply 13 essential workers in Denver with e-bikes. The success of that program has inspired others throughout Colorado, including in Pueblo, Durango, Fort Collins, and Boulder. As the Mile High City looked to iterate on the pilot, e-bike libraries made a lot of sense.

“We wanted to focus on under-resourced communities that don’t have great mobility options,” says Mike Salisbury, transportation energy lead at Denver’s Office of Climate Action, Sustainability and Resilience. “We want to give people more options to get to the places they need to go in their lives, whether that’s work or the store or a doctor’s appointment.”

Denver currently has three e-bike libraries throughout the city in the Sun Valley, Globeville, and Elyria and Swansea neighborhoods—all historically underserved communities. The libraries, each of which is operated by trusted community-based organizations, are among the first initiatives to be funded by the city’s Climate Protection Fund. The locations include Prodigy Coffeehouse, which does workforce development training, Focus Points, a family resource center, and various affordable Denver Housing Authority developments. All of the e-bikes—about 70 total—were sourced from FattE-Bikes, a locally owned and operated e-bike shop.

Although it’s too early to draw any conclusions, Salisbury notes that residents have been consistently checking out the bikes and using them. He says, “People are doing exactly what we were hoping they would do, which is using them to get to a job or appointments.”

Denver’s motivation for the libraries is influenced by both its aggressive climate goals, as well as a focus on equity. While electric vehicles are being positioned as an environmental solution by the Biden Administration, the fact remains that in order to practice transportation justice—whereby more people have more mobility options and certain demographics don’t bear the brunt of car culture’s negative effects—we simply need fewer vehicles on our roads overall.

“E-bikes can fill that gap between what someone can do on a regular bike and what they can do in a car,” says Salisbury. “There are also so many benefits, especially when it comes to public health—any kind of active transportation is a huge plus but e-bikes also reduce emissions, which helps improve air quality.”

However, one of the main barriers to the widespread adoption of bicycling is a lack of safe infrastructure; many people fear for their safety while riding, especially in under-resourced neighborhoods that tend to have fewer protected bike lanes and disproportionate levels of enforcement. Denver has committed to building a 125-mile network by 2024 and substantially upping its investment in protected bike lanes.

“We need more of that,” says Salisbury, adding that cities need to ensure people feel comfortable riding and offer up more ways to do so. “We need to do both at the same time—provide the infrastructure and different ways to use that infrastructure.”

For other municipalities looking to launch e-bike libraries of their own, costs will range substantially depending on the types of e-bikes stocked as well as other logistical factors, including where the bikes will be stored (Denver is using old shipping containers) and who will run the day-to-day operations. Denver is leading the way when it comes to offering free e-bikes to under-resourced communities but Salisbury hopes others will soon follow suit, especially as more funding opens up for climate resiliency projects.

In Oakland, California, a $1 million e-bike library is in the works using funding from CALSTART. The project, which aims to bring 500 e-bikes to low-income Oaklanders, is just one component of the Oakland Department of Transportation’s Zero Emission Vehicle (ZEV) Action Plan. Crucially, the initiative will contract with local bike shops and employ a comprehensive community engagement strategy.

While bike libraries aren’t exactly novel, the focus on free e-bikes is. And although none of the e-bike library models are perfect—for example, more could be done to include folks with disabilities—they’re an important first step. Ultimately, our ability to move forward as a species will depend largely on how we facilitate movement in people’s day-to-day lives.

Ditch Your Car, Ride a Bike 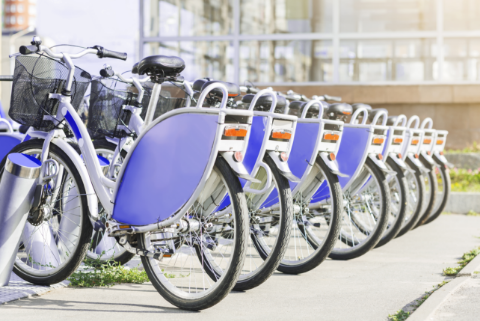 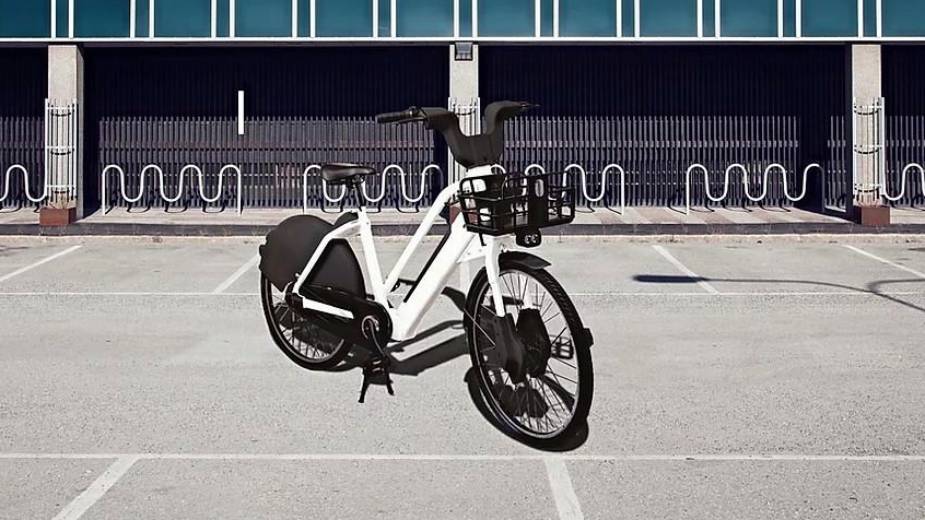